Name Has Been Changed to Protect the Victim

Name Has Been Changed to Protect the Victim

I’m not going to mention names, but this is absolutely true, told to me by the victim. Let’s call our victim James Smith.
He came, sit down in my favorite eye doctor chair, tilted his cap back and stroked his uncut hair behind his ears. I was anxiously waiting to hear this story of fraud, since I just attended a seminar about ransomeware a few days ago. The story he was about to tell me was a classic one.
He starts his story, and I am paraphrasing.
“About a week ago I was on my computer and a thing popped up saying my computer had a virus. It appeared to be from Microsoft and it looked very official.”
I nodded. I heard this one before.
“I called the number on the pop-up and someone with a heavy accent told me he would check my computer for viruses “
I interrupted saying, “…and he took over your computer.”
Mr. Smith, “Yep. He told me he would check and if 90% of my computer was infected, he would have to clean it. A meter type thing that was running and then he showed scrolling down the screen all kinds of scrambled words and numbers. The voice on the other line told me that these were all viruses or malware; and, unfortunately, I was infected beyond simple recovery.”
Still nodding. The case sounded eerily familiar I’ve heard it before.
“He told me to send $300 to fix it. The $300 would also pay for an anual maintenance plan.” He did, on his debit card. (BIG MISTAKE). After that, the computer worked great. It was very fast.
Then two days ago so-called Microsoft rep called back. He told me that his company lost the contract with Microsoft and he could no longer support my computer so he would have to refund my money. That sounded good so I continued listening. He continued; 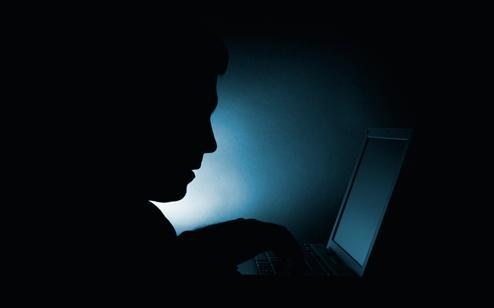 ‘This transfer is coming from China and sometimes they send more than they should; so all I ask you is to send me everything over the $300 I owe you.”
Then James Smith got on his computer and saw that an extra $2,300 was put in his account. Cool. So the voice on the phone told him to go to Walmart and take out a money-gram for the $2,000 overage…”but don’t hang up the phone!”
Now Smith was getting a little suspicious so on the way to Walmart, he stopped at his bank and check his account on the ATM machine. There was no extra money in his account. He knew then it was a scam. The caller insisted he doesn’t hang up.
‘I won’t talk to you when you are at the Money-gram counter, just don’t hang up until I tell you to.’
James put his phone on mute and looked for an officer of the law. There was always one at Walmart, but today, none was found. The Money-gram clerk let him use her phone after he explained what was happening. He called 911 and soon a deputy sheriff showed up.
In the meantime, James hung up on this fellow several time but he kept calling back and giving him a tongue-lashing for withhold ‘his’ money.
Next time the phone rang the deputy sheriff took the phone and asked if he could help. The voice on the other end said he was the FBI and he need to talk to James Smith. The deputy told him the FBI didn’t use restricted numbers and the number he called on is being traced. The caller hung up immediately.
When James got home his computer screen was black and would not turn on.
He brought it to Urban E Recycling and shredded the hard drive and scrapped the computer, closed the bank account and opened a new one.
James Smith was lucky. He did lose $300 and his computer but his bank account was not wiped out.
I am telling you this story for two reasons. One, so it doesn’t happen to the readers of this article; and Two, so it will encourage others to tell their story of fraudulent activities.
We, as a nation, must report and record these stories. It will help everyone be aware of how prevalent this is and it also will emphasize the need for more protection from these cyber criminals.
Urban E Recycling is dedicated to do what we can to protect the personal information on your hard drive. We shred all hard drives for complete destruction and non-recoverable data.
SCHEDULE A PICKUP NOW
Dellinda2020-10-05T15:53:05-04:00February 7th, 2017|Categories: Electronic Recycing|Comments Off on Name Has Been Changed to Protect the Victim

About the Author: Dellinda

We believe that most people will do the right thing if it's easy, safe and convenient.

Our competition is the landfill. We are here to keep the electronic recycling flowing. We will continue to want the lastest and greatest gadgets, so the only solution is to recycle.

We promise to serve the Greater Tampa Bay Area by making it extremely easy to recycle electronics. All hard drive data will be destroyed. All electronics we handle will be 100% recyclied.

Found them on the web turned out to be exactly what I like with their policies of e-waste. list of management and staff are polite and extremely helpful when it comes to coming in with your recyclables. Also they help me finding a part that I required for my own personal use. this company has a lot of untapped potential and I highly recommend to go there just for environmental sake..